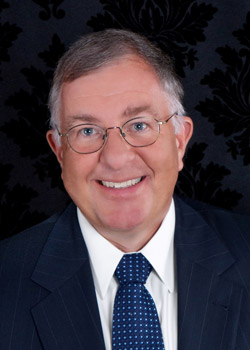 A native of Boston Massachusetts, has been playing piano since the age of six. No stranger to Jazz growing up in a very musical family. His grandfather lead a big band in the Boston area during the 20’s and 30’s, and his father lead a jazz band as well. Bob played piano/organ for more than 20 years with Sounds Unlimited (Boston, MA). He has also performed on piano with The Dixie All Stars (Providence, RI), The Smugtown Stompers (Rochester, New York), the Fort Worth Classic Jazz Orchestra (Fort Worth, TX) the Alamo City Jazz Band (San Antonio, TX) the award winning Moslah Shrine Dance and Dixieland Bands (Fort Worth, TX) and the Southlake Swing Band (Southlake, TX). Bob has worked for more than 50 years at keeping the classic Jazz style of music alive. 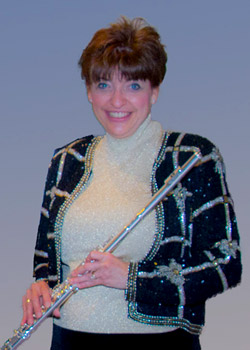 A native of Providence, Rhode Island, has been playing flute with the group Just Jazz since its inception. She has been playing for her personal enjoyment for most of her adult life. Her background is in Classical music, but was highly influenced by her Dad at a young age. Even though jazz was not her first love at that the time (Rock n’ Roll prevailed), she still appreciated the type of music her Dad played with his jazz band, the “Stardust Four”. Lynn had stopped playing by the time she left college. In 1984 she met her future husband, Bob. When they started dating, Bob got her to start playing again. He mentored her to the Jazz genre and she has been honing her jazz improvising skills since. She has a great love for jazz and enjoys listening to the music of Stan Getz, Frank Sinatra and Diana Krall.

Ron has been playing trumpet and flugelhorn for 50 years. Although he enjoys playing many styles of music, jazz is his passion. He began playing jazz in middle school and played in several big bands and jazz combos throughout high school in Temple, Texas, at Eastfield College in Dallas, Texas, and Stephen F. Austin State University in Nacogdoches, Texas. Ron studied trumpet under John Bauser, Bert Truax, and Dr. Max Morely. Over the past several years he has played locally with the NRHBC Instrumental Ensemble, NRHBC Jazz Combo, Las Colinas Jazz Band, Rusty Hall Band, Strother Jazz Trio, Arlington Community Band, and Just Jazz. Traveled to Scotland with Global Missions Project and He also fills in as a worship leader at Lawson Road Baptist Church from time to time. 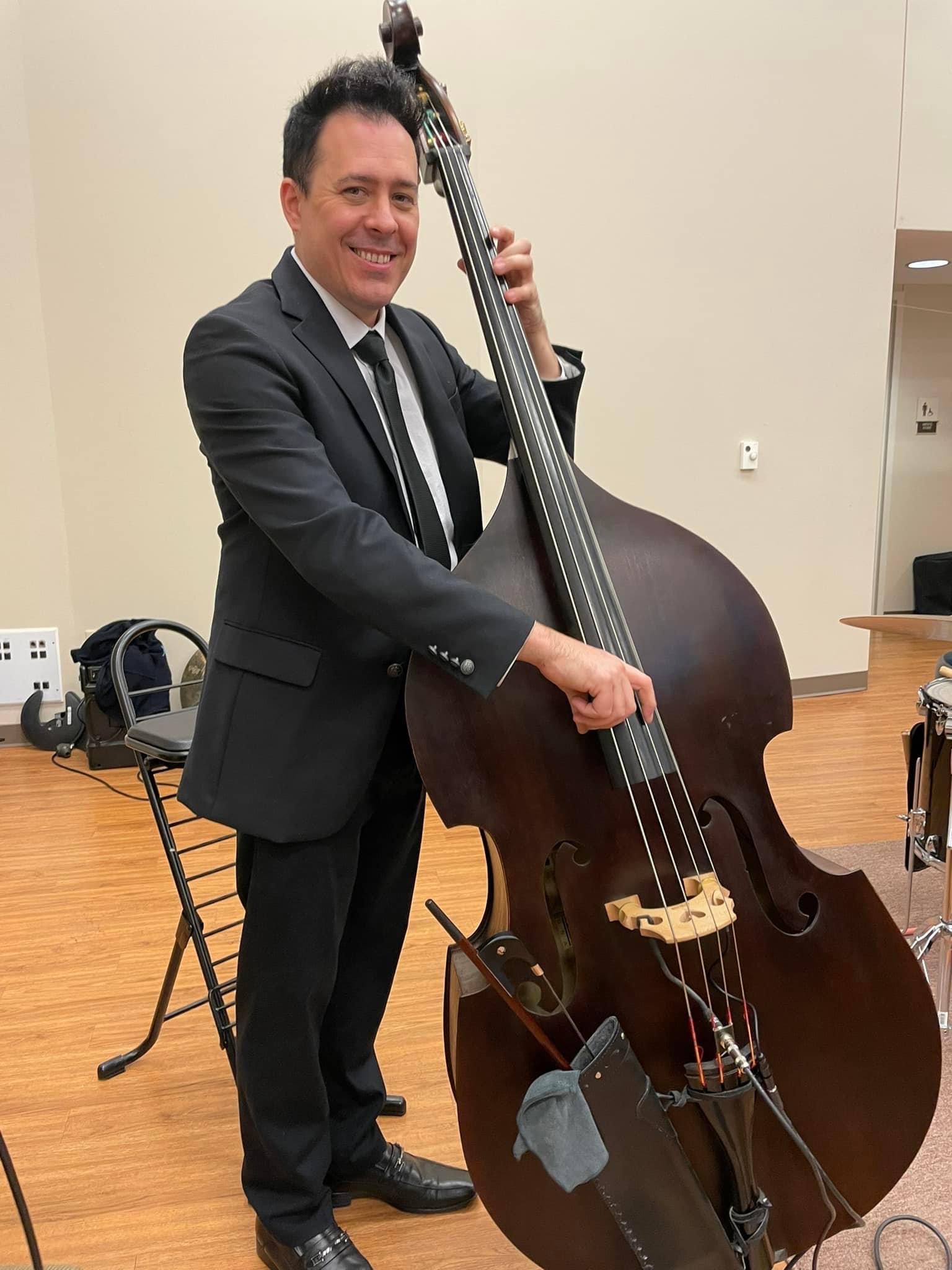 Gannon Phillips, a lifelong musician, has worked professionally in the music industry as a performer, educator, composer, clinician, technician, product expert, and leader. Gannon holds a bachelor's degree in Music Education from Howard Payne University, and a master’s degree in Trombone Performance from Hardin Simmons University. He has performed internationally on Trombone and Bass (electric and upright) in venues such as the North Sea Jazz Festival, Montreux Jazz Festival, International IAJE convention in NYC, and at the United Nations in Geneva, Switzerland. Gannon has been seen on stage with names including Bill Watrous, Conrad Herwig, Brian Lynch, Wayne Bergeron, Ed Shaughnessy, Eddie Daniels, Eric Marienthal, Randy Brecker, as well as leading members of Broadway and American Idol. Throughout his career, Gannon has continually been involved in music education by teaching at public schools across Texas, maintaining a private lesson studio, and serving as Professor of Low Brass at Howard Payne University. Gannon spent 5 years at sea as a Musical Director for Royal Caribbean Cruise lines, which involves leading the onboard ship orchestra as well as managing an international team of all of the live musicians on a cruise ship. Gannon has a deep-seated love for music, and is excited to share that passion and excitement with people of all ages and backgrounds. 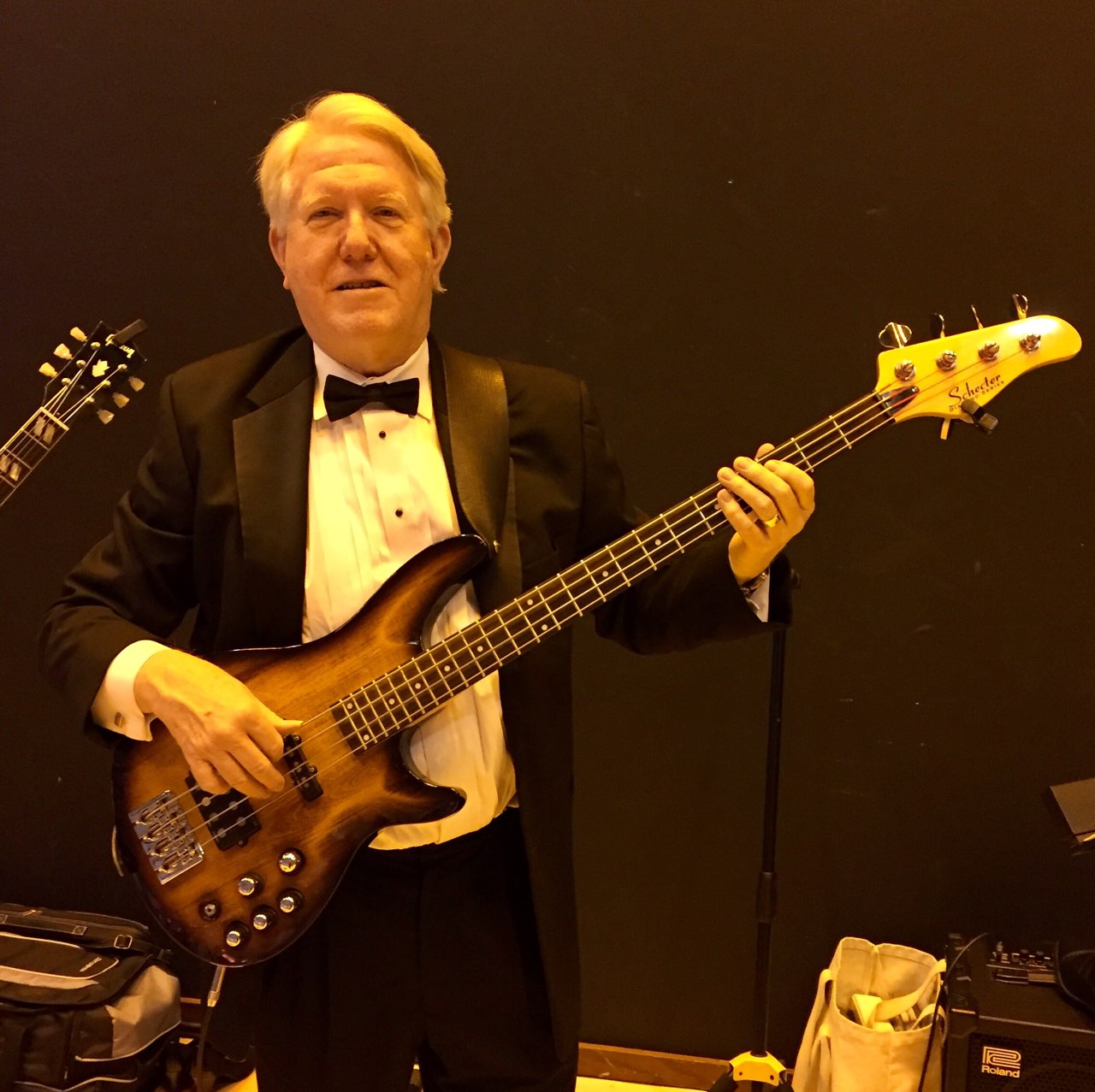 Patrick is a native of Fort Worth and has been playing guitar since he was 9 years old. Influenced by the music of the 60’s, Patrick played in folk and rock groups in junior high and high school for parties and school dances. After high school he toured Army bases in Germany with a Fort Worth band. Entering college in 1975, Patrick enrolled in music courses and majored in Music with a concentration in classical guitar. His interest in jazz also led him to study jazz guitar and electric bass. At the University of Texas at Arlington, he played in the guitar ensemble and the UTA Jazz Orchestra. Patrick has been associated with Just Jazz since 2014 and loves the music of classic jazz. He continues to play guitar with Just Jazz and also performs as a solo classical guitarist. 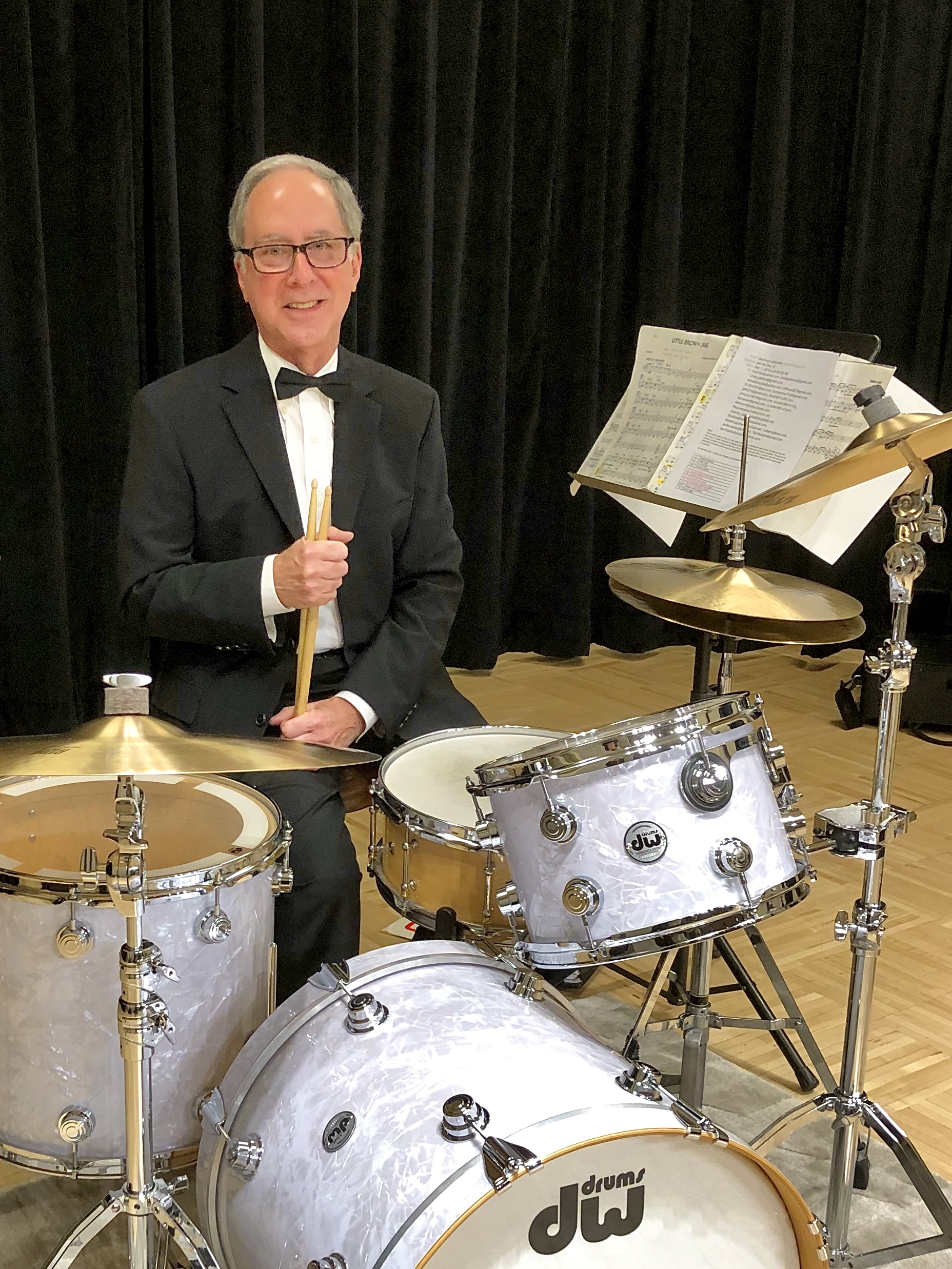 Tom Halbouty, a native Texan from Houston, started drums in middle school and continued in high school playing with the Houston All City Orchestra and later playing in several house bands at AstroWorld (a Six Flags Park). Tom studied percussion with David Wulliger of the Houston Symphony, and drum set with Joe Raynor and Jack Dudney. His favorite drummers include Joe Morello, Buddy Rich, and Bobby Colomby. Tom currently plays in the Southlake Swing Band, the Maxwell Hall Jazz band and played for years with the East Fort Worth Jazz band and the TCC NE Campus Jazz Band.